Improving User Adoption of your CRM

Once a CRM system is implemented, the adoption of the system can quickly become a concern and the most common challenge is to overcome initial resistance people may have towards the system, and then to educate and encourage employees to use it. User adoption is important because a CRM system without the user buy-in will have significantly less value to the business. What is the point of investing in a system that nobody uses? Think of all the reasons you spent time and money implementing a CRM system in the first place: 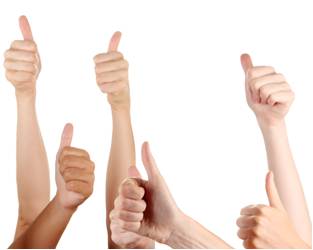 Having the correct implementation of a CRM system, but without user adoption won’t help deliver these objectives because the data which goes into the system is only as good as the people using it – so it is critical that you have the willing participation of the end users. There are various reasons behind poor adoption, some of the more popular one’s we hear are:

These excuses lead to a resentment of the system and what ends up happening is a lot of users will get other people such as an admin or a secretary to enter data into the system for them. Either they won’t use it at all or they will use it the day before the monthly sales meeting and painfully update the data, resulting in a day’s worth of admin. The net result is that once a quarter it’s suddenly up to date and accurate, for a day or two, then it slowly starts creeping out of date again as little or no data is updated until the next sales meeting. That is not the point of a CRM system – an effective and high performing CRM system needs to be a living system.

It’s very much a snowball effect that once users do not put data into the system, the business will not receive any of the objectives originally sought after and in due course, will end up with a wasted investment and a failed CRM project.

Getting user adoption is a journey that has to start right from the beginning and continue all steps of the way. First and foremost choose a system that makes life easier for the users. Unless your CRM system is easy to use, end user adoption will fail. Select a CRM system that is built for adoption. Users today use the Web and Windows; they are used to a certain interface that works for them, so perhaps don’t give them an interface that’s very proprietary. Businesses need to make sure implementation of their chosen CRM is aligned with users’ day-to-day practices. If the deployment of the CRM system changes these processes, be careful to ensure that it supports the most efficient and time-saving workflow.

Another way of improving user adoption is tying adoption to user payback; assert the message of user payback right from the start. This is often missing because the user takes the pain and the effort while the managers want the payback, but there is no payback the other way. Give the end users answers to questions of “what is in it for me?” Get managers to buy into this message, endorse it and work it within their teams.

Finally set up a feedback process where end users can submit their feedback, so that you can continuously measure and work through any adoption issues. Feedback from the end users will help the organisation fine-tune the CRM system, getting it matured and adjusted to work the way that the business works. This will get user adoption going upwards and will continue to build because users have seen their feedback being taken into consideration and used to guide the progress of the project. This will provide end users with adopted value in the system and in return you and the business will achieve your objectives.